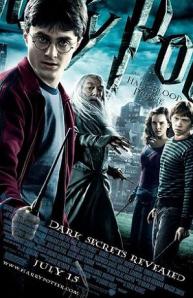 Harry Potter is a brilliantly invented fantasy series. It has a believable world that is fascinating and detailed. However, what happens after the world is well-explored and introduced? How then do you sustain a narrative drive over the number of story parts? The first few movies were doing okay but as the movies go on, Harry Potter and the Half-Blood Prince ultimately fails in this aspect.

Six movies in, and this is essentially the second-last movie, J. K. Rowling has made it a concern that we should watch the love-life developments of the characters. Does she want to write a high school romance or a battle of good and evil? If she wants to do character development, she should be tying it with the overarching narrative drive and not side-track to a whole other aspect of her characters’ lives.

Another big problem is that Harry lacks any real psychological need. He is arrogant but it doesn’t seem to affect his abilities. Is he still vengeful? Probably but this movie does not remind us of that. He does not seem to have any more reason for us to feel for him. He is already the hero he is meant to be. Come on, do you seriously expect him to fail in defeating Voldemort?

As a narrative, this Harry Potter episode is entirely unnecessary. It is basically an overlong setup for the final movie/epic battle. If you extract the major plot points of the story, all you have are the beginnings of a potentially exciting movie; what with the Death Eaters evil plan, and the revelation of the Horcruxes, items which contain parts of Voldemort’s soul, making him virtually indestructible. The Half-Blood Prince is a red-herring when he is finally revealed. In a smart move, the movie doesn’t focus too much on him.

The movie is arbitrary. There is so little story, missing out on many important points which make a compelling narrative. It was written and made no more for the reason to make millions of dollars to bridge to the final two (there are two more? Oh my god, stop already) films.